Councilmember Yung Koprowski took her oath of office to support the Constitution of the United, the State Constitution, and the ordinances of the Town of Gilbert. 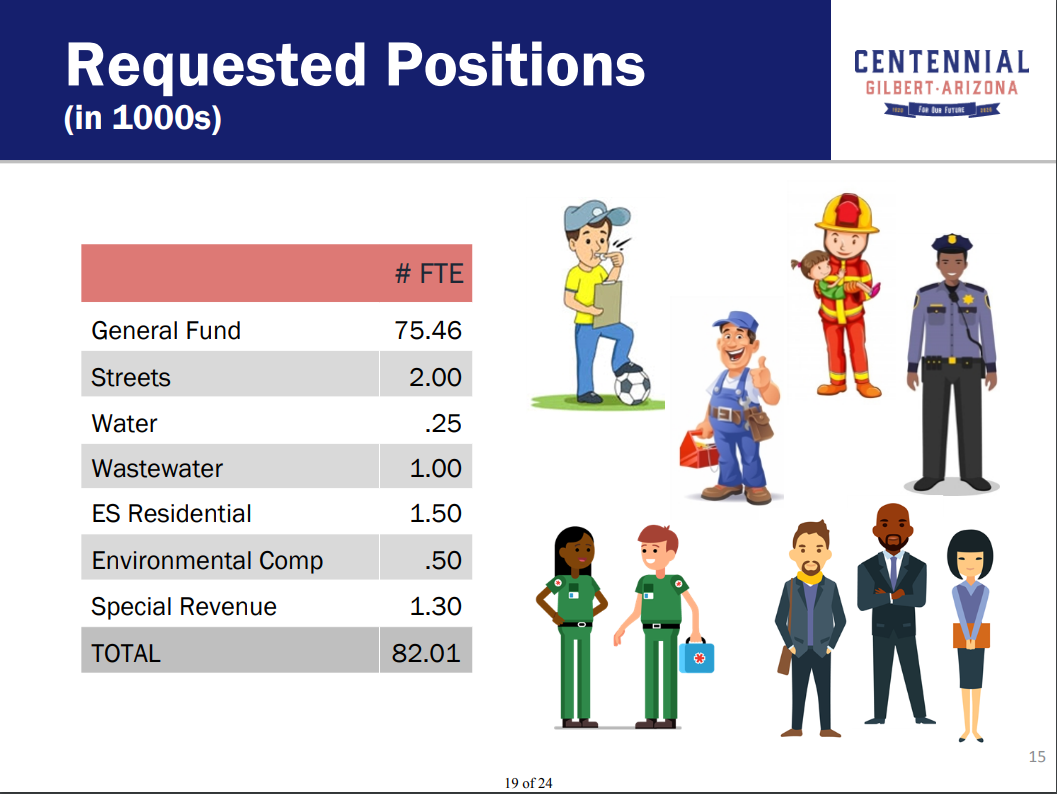 2021 Preliminary Budget was approved with 5-2 vote. Councilmembers Aimee Yentes and Jared Taylor voted against it. 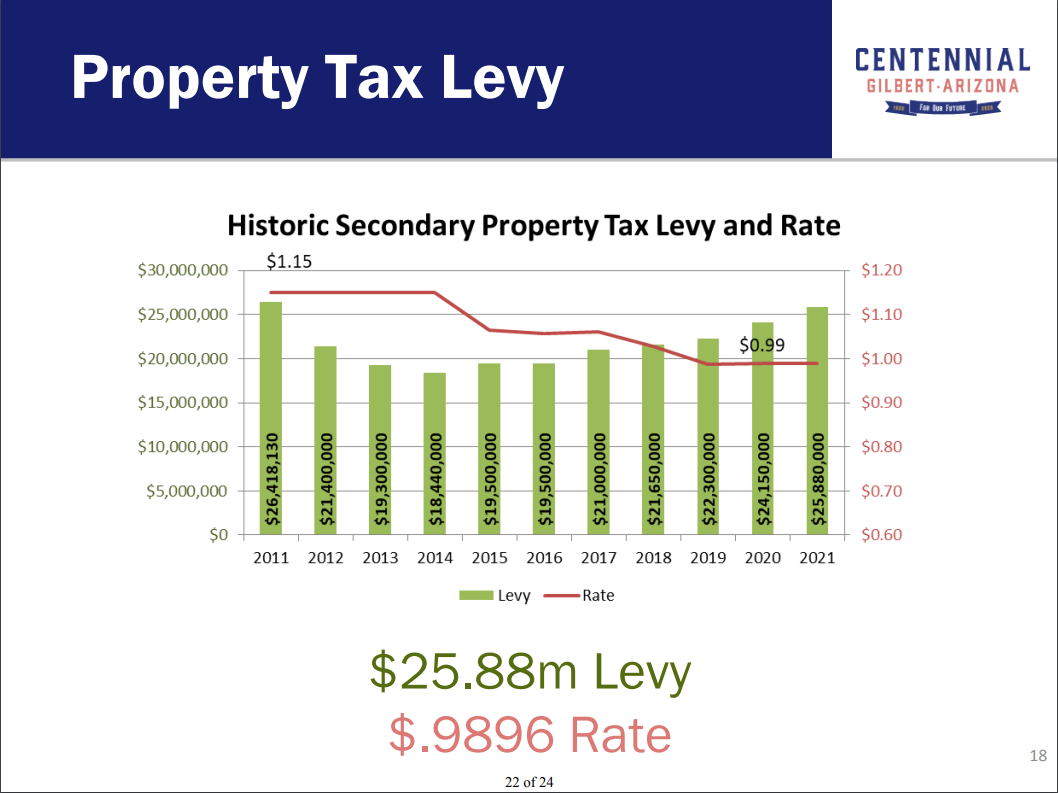 Property Tax Levy of $25,880,000 was approved with 5-2 vote. Councilmembers Aimee Yentes and Jared Taylor voted against it.

“You do not raise spending [in the middle of recession]. We should respond in a serious way. We are increasing operations and maintenance by $9m dollars heading in to a fiscal cliff. $6.6m of that is for headcount. This is serious business. People are losing their jobs left and right. It is not a time to raise taxes, absolutely not. The best thing we could do is to give them their money back. That is the best direct way to help those in need. It’s equal, it’s fair.”   – Councilmember Jared Taylor

“There is contemplation of entering into a new line of service; ambulance service. We shouldn’t be voting on something that we haven’t vetted and approved.”   – Councilmember Jared Taylor

Raising spending doesn’t send “the right message to our residents” who are having to make hard decisions. Being sensitive to the sacrifices our community is making, I think we have to step up and also look to lead in making those sacrifices as well.”   – Councilmember Aimee Yentes

“I am just not really confident that that…[ambulance] line of service has been well vetted and so I have major concerns with that.”   – Councilmember Aimee Yentes

I applaud Councilmembers Jared Taylor and Aimee Yentes for taking into serious account the current state of the economy and the potential burden of additional taxes on the Town during an unprecedented economic crisis. Cutting taxes, or at least putting a hold on any increase in tax burden, is the right thing to do when so many residents have to do so themselves.

Notably, Mayor Jenn Daniels was very grounded and reasonable in her remarks supporting the budget. However, during this unprecedented crisis, I believe she and the other councilmembers who voted for the property tax levy and the proposed budget were misguided and out of touch with their constituency and the economic realities we are facing.