On April 1, 2013, Governor Brewer announced a promotional video tltled "Do the Math–Arizona Medicaid Made Simple."  In a short, simplistic message, she presented Her choice (aka the Right Choice, the Obvious Choice) as a no-brainer.  Option 3: Expanding Medicaid would cost taxpayers nothing!   Click here to see the video.

Gilbert Watch observed the video and posted a comment noting that Option 3 won’t be free.  The Feds won’t fulfill their promise (I know it’s a shocker, but Obama has been known to break promises).   Arizona taxpayers will be stuck with 1/4 of all Arizonans on socialized medicine, and Arizona taxpayers will pick up the tab.

Several other people began leaving similar comments, with even more information about the reasons to NOT expand Medicaid.  And then, the negative comments began disappearing.  Mine went first.  Others followed as Governor Jan "Mother Knows Best" Brewer started scrubbing them away.

Many of us kept posting.   She kept eliminating.  We kept posting.  Finally, by early this morning, she had eliminated every dissenting statement of fact. Everything was gone…except 1 lone positive comment.  I tried posting once more and was blocked.

Knowing this, we must be vigilant.  What will she do next  to shove the Medicaid expansion down the throats of Arizonans?

If you’re interested in seeing some of those dissenting posts, see a few screen shots below.  (We caught on to her underhanded antics pretty quickly.)   This is how Governor Brewer treats her own conservative Republican base.   She stands with 100% of the Democrats and a handful of liberal republicans.

Here is a snapshot of the Video (in case Gov Brewer removes it completely): 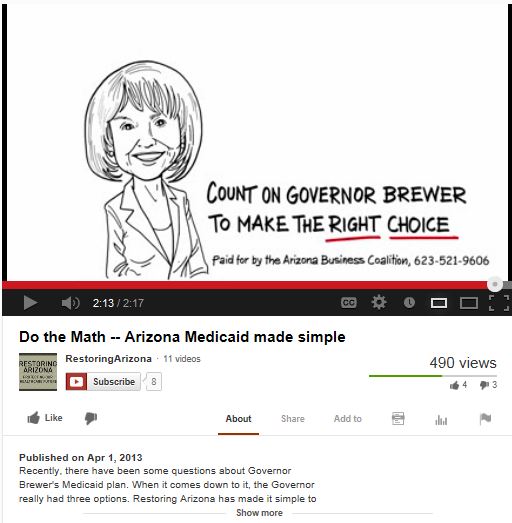 Next, you will see several comments, all scrubbed: 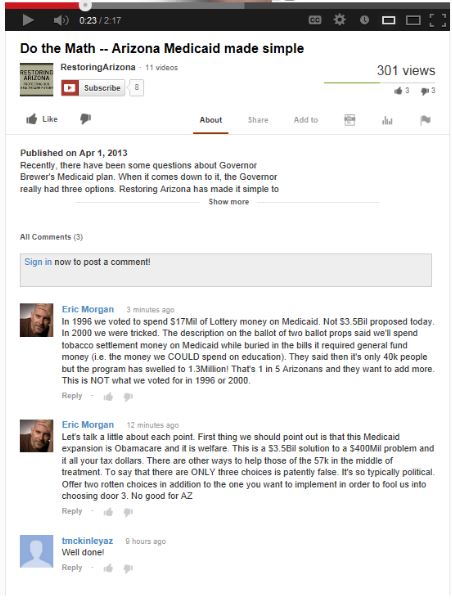 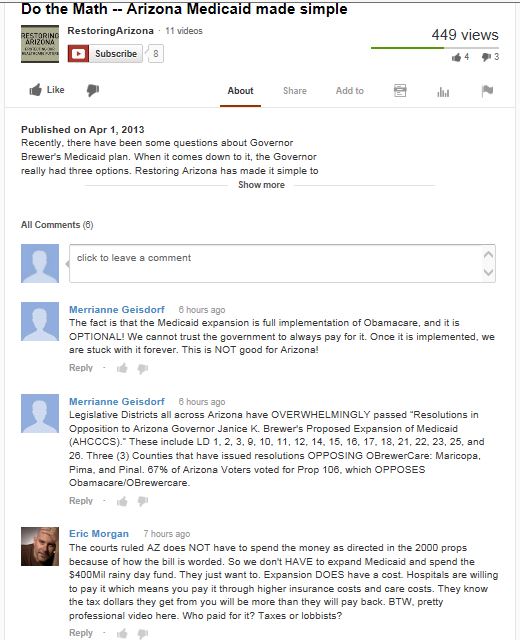 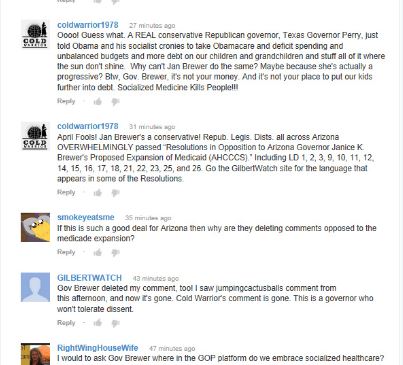 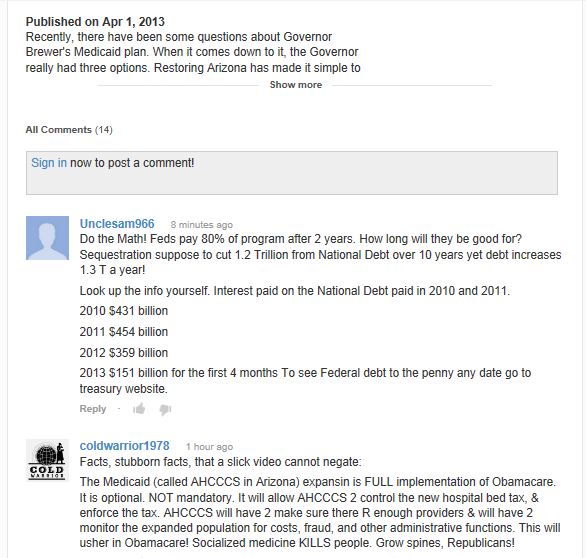 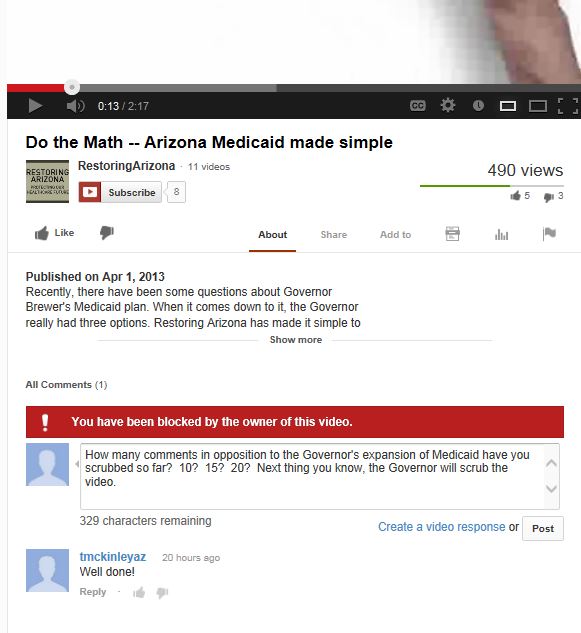