You have heard many charming reasons from the Pro-Override group to vote YES to keep those override tax dollars rolling in. The idea is that if you don’t pass the override, teachers, students, and the classroom will suffer.

Aren’t teachers, students, and the classroom the First Priority of the Governing Board? Why sacrifice THEM?

Hmmmmmmmm??????  Did I hear somebody say sssssacrifice? 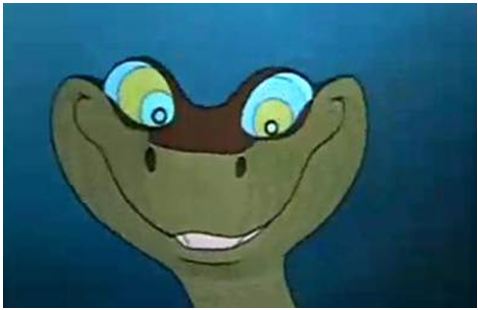 Reasons to vote NO to the Gilbert Schools Override.

1.  Gilbert Public Schools mismanages your tax dollars, even when they receive millions in additional revenue.  Prop 301 was a permanent tax increase passed by voters in 2000.  The purpose of this money was strictly to go to the classroom.  "Supplanting" is against the law.  However, according to Ross Ehrick, Director of the Division of School Audits, Gilbert Unified School District was one of the districts that actually spent LESS in the classroom the first year they received over $8 million in Prop 301 money.  A review of the FY2001 Auditor General’s report indicates that GPS put 63.4% of its budget toward the classroom the year before voters approved Prop 301, a tax increase dedicated to the classroom.  One year later, after GPS received $8,747,932 from Prop 301, GPS reduced the percentage devoted to the classroom. It dropped to 62.3%.

2.  Have you looked at your latest property tax bill?  The value of your home dropped, but your taxes went up. Why?  Because the majority Gilbert Governing Board voted to raise the tax RATE. The money is rolling in.

3.  Because the "sky will not fall in" if the override doesn’t pass.  "If the override does not pass, the board and superintendent should avoid the proposed cuts to teacher salaries, arts, music, library, social workers, nurses, etc. and alternatively dip into the 11M in rainy day funds to offset the 1st year cuts. The 1st year cuts are expected to be approximately 5.5M, and there is 11M held in rainy day funds. The district leaders should use those funds to offset the first year of cuts in the 2013-2014 year. Between now and 2014, the district should reorganize the Community Budget Committee and give those representatives the information they requested to conduct a thorough analysis into the districts spending."  See What if the Override Continuation Doesn’t Pass?  Will the Sky Fall?

4.  "Schools don’t need a lot of money to do a good job. They just need good teaching and management practices. I believe that if they institute some better practices, like paying teachers based on performance and building schools more frugally, they can make more of the resources they already have without the override."  Victor Petersen, Gilbert Town Council Member.

5. "Higher tax levels work against economic recovery, which is what will result from continuing the override."  Victor Petersen, Gilbert Town Council Member.

6.  "Implement the best suggestions from the Community Budget Committee."  Eddie Cook Gilbert Town Council Member, who served on the Committee.

7.  "Follow a similar budgeting process that the Town of Gilbert recently implemented for this fiscal year. This was accomplished with a “Zero Base Budgeting” strategy that is commonly used for homes, small to large businesses, and major corporations. This strategy reverses the traditional incremental budgeting of the past and holds organizations accountable based on need…."  Eddie Cook, Gilbert Town Council Member.

8.  A YES Vote on Prop 118 will send more money to the schools!  Prop118 enhances school funding via state trust lands. It provides even and dependable school funding without any additional cost to tax payers. It is put forward and being championed by Doug Ducey, Arizona’s State Treasurer. Read this from Doug Ducey: "The Treasurer’s Office recently completed the first-ever asset allocation study for the $3.5 billion Permanent Land Endowment Trust Fund. The most glaring take-away from the study was that the current formula, used to fund K-12 education and the 12 other beneficiaries, is complicated and has resulted in uneven and unpredictable distributions. This current formula was never market tested and in FY 2010 resulted in zero dollars going to support education." For more information, please read "Consistent and Reliable Funding for Education."