By Kirk Adams, Candidate for Congress

On September 17, 1787 fifty-five delegates signed the United States Constitution. In honor of this day, our government has declared Constitution Week. We have much to celebrate! We are a people who have been blessed by the effort, blood, and work of past generations. They have bequeathed to us the gift of freedom preserved in our constitution so that we may be governed by law and not the whims of men. 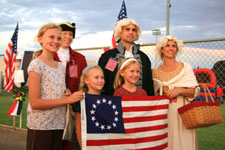 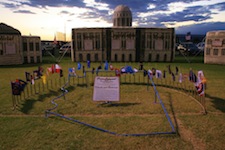 While we take this time to look back and celebrate our Constitution, let us also take stock and ask ourselves this question, “How have we treated the constitution?”. While America is still a light to the world, many threats to our liberties and to our constitution are eminent. However, we can overcome these challenges if we are willing to be honest about these threats and engage in the fight to correct our course.

Many of the States and founders feared centralized power and wanted their personal and state’s rights spelled out in the document. This gave birth to the Bill of Rights, or first 10 amendments to the Constitution. The 10th amendment makes clear that those rights not enumerated in the document should be left to the states and to the people. Unfortunately, the actions of the Federal Government over a period of many years as steadily eroded the protective purposes of the 10th Amendment.

The President’s Health Care Bill as passed in March 2010 is a prime example of the erosion of federalism. This bill, no matter how well intentioned, threatens the very foundation of federalism enshrined in the 10th Amendment. For example, the health care law fully implemented in 2014 will cost Arizona taxpayers more than eleven billion dollars in new spending mandates. This is no less than the Federal Government commandeering state budgets by forcing states to spend money on health care, thereby forcing states to spend less on public safety, education, and other priorities.

This hostile takeover of state spending priorities reduces state governments to subsidiaries of a national government and is an anathema to intent of the Founders and the plain language of the 10th Amendment. It is counter to the Federalism form of government that the authors of our Constitution intended. They envisioned a Federal Government that respected the state’s abilities to set their own priorities when it comes to spending their tax dollars.

Let us celebrate our Constitution with song, praise, celebration, and discussions with family and friends. Let’s also not forget the American promise, that each generation shall leave to the next generation a better America. A restoration of our priorities to the principles of Constitutional government will go a long way to restoring that promise.

All photographs taken and used courtesy of Laine H. Thomas