Please come to the Memorial Day meeting of the Rim Country Republican Club to hear a presentation byTom Morrissey, Past Chairman of the AZ GOP.   The meeting will be held on May 29 at Tiny’s Restaurant, Highway 260 in Payson Arizona at 11:00 am. Mr. Morrissey’s talk will be about his experiences with the Establishment in our party when he was State Chairman and what really goes on behind closed doors, far from the eyes and ears of the grassroots and true believers. 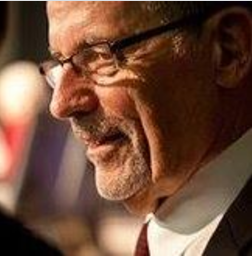 According to Mr. Morrissey, there are many in the Establishment who are dedicated to maintaining the status quo, which had been chiseled in stone, until the rise of Donald Trump.  He feels that it is incumbent on those who have an understanding of this, to make certain that we don’t just stand around and allow these folks to have free reign as they proceed in their quest to silence our president, and us.

Mr. Morrissey will also be speaking about his upcoming book, Shadow Wolves. It is the first in an adventure series, co-written with conservative actor and master martial artist, Steven Seagal , and set in Arizona.  The story line is about the bureaucratic government corruption in the Fast and Furious gun running case, Islamic terrorists who are operating within our borders, and Deep State operatives attempting to sabotage the efforts to undo the harm done to our country by previous administrations. It is fiction based on fact, about the existential challenges facing modern day America.