Who are these heavy hitters that can drop hundreds of thousands of dollars like it’s nothing but loose change falling out of their pockets?   Governor Brewer seems to have a bottomless pit of money she’s using to keep the Medicaid expansion decision away from the ballot box.  So far, the Restoring Arizona PAC has raised $364,000.  The Arizona Business Coalition contributed $234,000.  Arizona for Sensible Health Care Policy, $100,000.  Arizona Hospital and Healthcare Association, $50,000.  Even AARP has gotten into the act with a contribution of $15,000.

A quick look at the Arizona Business Coalition reveals that the contact is Glenn Hamer, who also happens to be the president and CEO of the Arizona Chamber of Commerce.  Both organizations share the same address.

The Arizona Chamber is a proud supporter of the Common Core standards. 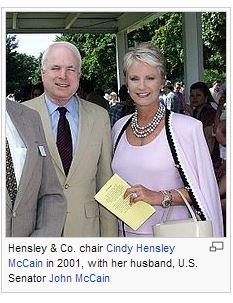 And who is The Summit?  Well, that’s Chad Willems’ company, a paid political consultant.  He has been paid $158,000 to stop the voters from having a say in whether or not they want to expand Medicaid in Arizona.

Against this Goliath of big money stands a small army of "We the People" conservatives who refuse to roll out the welcome mat to Obama’s HealthCare in Arizona.