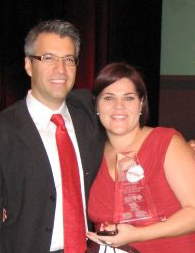 In light of the inability of Jerry Lewis supporters, and now Bob Worsley supporters, to identify Leftists and their Collaborators, I thought I’d show you these photos to help you identify them. The first one is Randy Parraz, leader of the Leftist pack, with Raquel Teran, his Lieutenant. These people routinely crash the Maricopa County Board of Supervisors meetings. They are ONE NOTE. They hate and despise SB1070, and they hate and despise anybody who supports it. Number One Enemy is Russell Pearce. Number Two is Sheriff Joe Arpaio. They will crawl on ground glass to get rid of SB1070 and Pearce and Arpaio. They are Progressive Democrats. They share Barack Obama’s agenda. If you find yourself playing in their sand box, you have serious problems. They will tolerate you as long as they need you; then they will dump you for a true progressive democrat. Do you think they will support Jerry Lewis in his new District? Fat chance.

Here’s Raquel Teran greeting her Idol Barack Obama when he visited Arizona a couple of months ago.  "Barack!  We got rid of Russell Pearce for you.  And guess what!  We got the stupid REPUBLICANS to help us!"  Barack to Raquel:  "Good girl!  Need some money for your run for Arizona State Senator?" 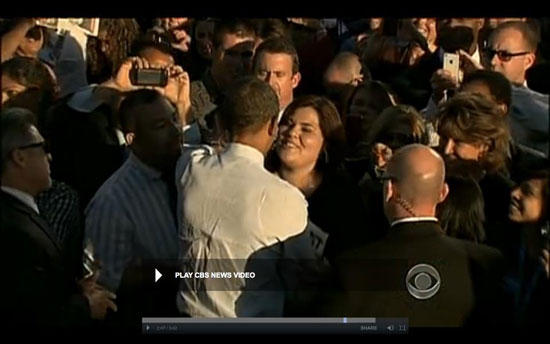 Raquel Teran was the deputy director of Promise Arizona en Accion.  This group was funded by the labor union UNITE HERE ($20,000) and Campaign for Community Change ($8960) for an "in kind" labor donation.  These leftwing groups enabled her to pay her friends to go door to door canvassing for Jerry Lewis.  UNITE HERE endorsed Leftist Activist Randy Parraz for Senate back in 2010 and encouraged conventions to cancel as part of the boycott of Arizona, when SB1070 became law.  Here she is with her troops: 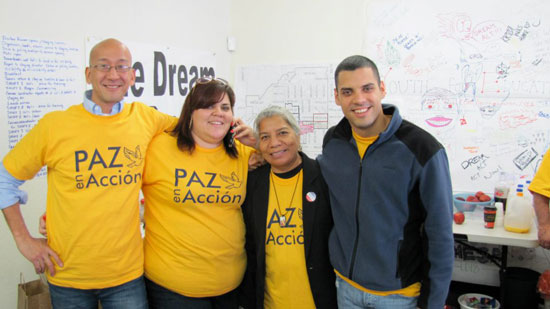 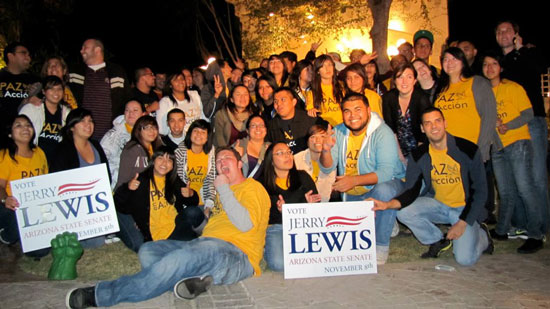 And my personal favorite.  Here’s Jerry Lewis’s good friend Don “Quisling” Stapley, Maricopa County Supervisor, with his son celebrating at Wright House with all the leftists!  Members of Promise Arizona en Accion are in the foreground.  I wonder what they talked about.  Fiscal responsibility? 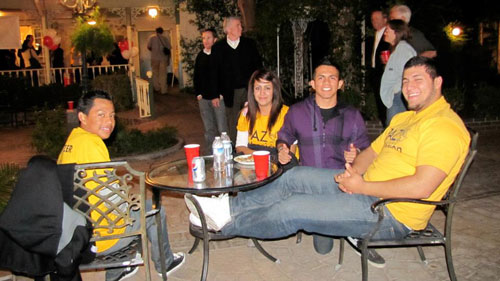