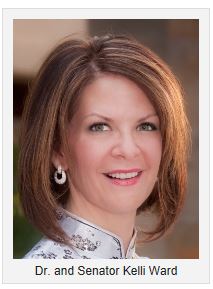 Since January, many of us at the State Capitol have been trying to determine a common sense way to approach reliable health care for our neediest citizens. It is clear that a full expansion of our Medicaid program to 138% above the Federal Poverty Level (FPL) will add 400,000 patients or more to an already overloaded system. After carefully studying this complex issue, I have determined the plan is unsustainable and potentially harmful to hardworking Arizona taxpayers. We simply do not have the doctors and other health care providers to offer primary care to these new patients. When people are sick or seek care for their chronic illnesses, they will not be able to get into a doctor’s office, so they will instead turn to our emergency departments. Not only will that be much more expensive to Arizonans, but the people are unlikely to get the kind of care they need most.

The last time we expanded AHCCCS (the Arizona Health Care Cost Containment System – AZ’s Medicaid); we grossly underestimated the number of people who would enroll. Three times more parents of Medicaid-covered children and two times as many childless adults signed up. Costs went from an estimated $315 million to an actual $1.2 billion. Voters were told tobacco settlement money under Prop 204 would cover the added patients, but quickly we had to dig into the general fund. Now we are being told a hospital bed tax will cover this expansion proposal and the Federal government will bear the burden of the majority of the costs until 2017. Remember, the Federal government gets its money from us – the taxpayers. While no one can predict the true future price tag, experience proves that the costs have always been much higher than estimated.

Do not let people tell you there are no alternatives and we either expand or do nothing – there are real options. We should request that HHS allow Arizona to continue our current plan for those under 100% FPL and for Arizona to determine the best way to provide care for our indigent population. We should find ways to complete treatment of Medicaid patients that are in the midst of potentially lifesaving therapy for catastrophic illnesses despite the expiration of our current Federal waiver on December 31, 2013 – we can find a way to make an exception for this small number of patients. People above 100% FPL that are not otherwise eligible for coverage are able to buy subsidized policies through the federal exchange, we should let them. We should consider providing catastrophic coverage policies for those under 100% of the Federal Poverty Level and a graduated plan for other services. Cost transparency should be our goal. We must seek tort reform to discourage the practice of defensive medicine which drives up the cost of healthcare.

Our Medicaid system in Arizona is one of the best in the country, but I don’t believe that we need to make it bigger and give control of the hundreds of millions of dollars to an unelected agency director. I will continue to seek free market solutions to our health care dilemma and find ways to care for those who are unable to care for themselves. If you only remember one thing, remember this: the Medicaid expansion plan is about increasing the entitlement to healthcare coverage without any guarantees of increased accountability, improved access to care, higher quality, or lower costs of healthcare – it is a step in the direction of socialized medicine and much bigger government.