Have you noticed the hand-made “No on Prop 406” signs on some of the street corners around Gilbert? Recall how I wrote about those great signs that were being constructed by children and their parents at the Gilbert Ground Zero Anti-Tax Rally? Nearly every one of those signs have been stolen. They have not been taken down by the Town of Gilbert, according to Adam Adams. It takes a thug to steal something made by a child. No respecter of freedom of speech, these cowardly criminals wait for the cover of nightfall to do their dirty work, tearing down signs they don’t agree with, one by one. It’s hard to keep count, because they are being torn down almost as fast as they are being put up.

Here are a few of the ones that have been stolen. If you have any information about who is doing this, please contact the police. 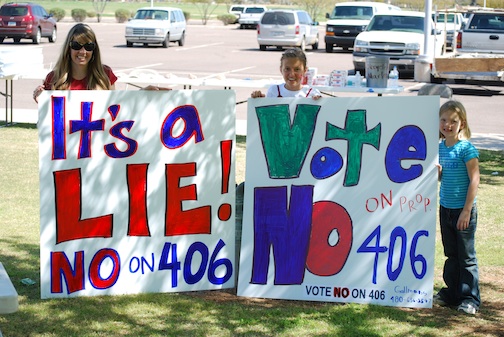 This sign was stolen on March 15 from private property within 24 hours of being put up. It was placed, with permission of the property owner, at the NW corner of Greenfield and Guadalupe. 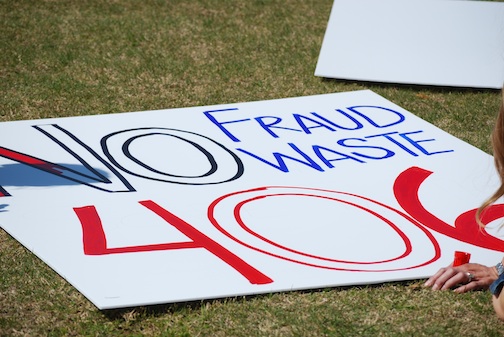 This one was stolen, and its replacement was also stolen, from private property. It was placed with permission of the property owner at the NW corner of Greenfield and Elliott. 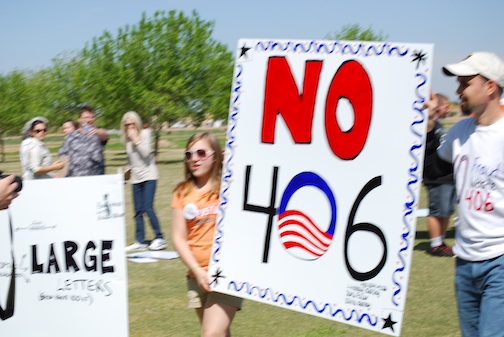 This sign was stolen on March 22 from the SW corner of Val Vista and Ray.