Money should not buy an election, but if the grassroots doesn’t step up to help Dr. Ralph Heap right now, Bob Worsley will buy his way to victory in LD25!   Worsley, the incumbent whose voting record in the Arizona Senate earned him the rating of "Hero of Big Government" by Americans for Prosperity, is paying young people to go door to door signing up early ballots and targeting Independents.  Worsley is also advertising on prime time FOX with Jeff Flake advertising for him.

Early ballots are only a little more than 30 days away!  The Primary is Critical.  If you thought about helping Dr. Heap, NOW is the time to do it.  After the primary, the election is over.  So we have just 30 days or we have missed the chance to make a difference, and this is one of the most important races in the state.  Bob Worsley voted for Obamacare’s Medicaid expansion, Common Core, Funding Abortion Providers, and he defeated a bill (HB2700) that would have helped us recover state lands acquired by the federal government.  He has repeatedly voted with the Democrats. 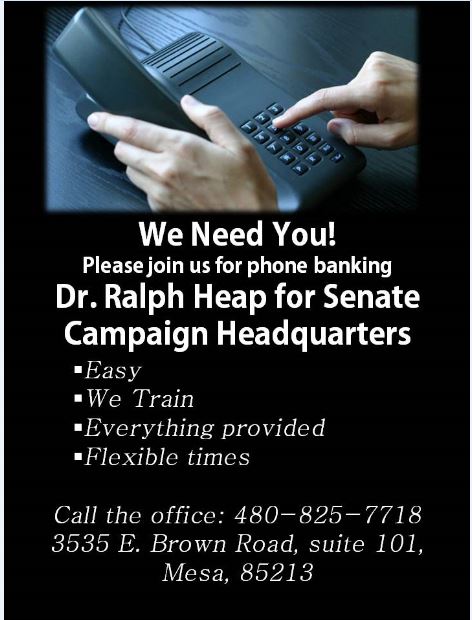 Dr. Ralph Heap to Run Against Bob Worsley in LD25

The Gang of Six