New Councilmember Jared Taylor stated that he will be voting against approval of almost all liquor licenses presented to the Council.   He advised that he is not in favor of prohibition, but rather temperance.  He campaigned on behalf of both business and families, and he cited statistics relating to the DUI arrests in Gilbert in addition to the fact that someone is killed every 53 minutes at the hands of a drunk driver.

This isn’t the only cost.  There is a cost to families when a family member drinks to excess.  Alcohol plays a significant role in domestic violence and divorce.

Many innocent children die every year at the hands of drunk drivers.  They also die due to domestic violence.  Those must be “acceptable” deaths, because Obama hasn’t uttered a word, and the malpracticing media doesn’t keep a body count.

It is of no interest to reporter Parker Leavitt, for example, who has been generous in slamming Councilmember Petersen and now Councilmember Taylor for their "extremist" views, such as standing up for the U.S. Constitution and for private property rights.  Don’t ALL councilmembers, including the Mayor, take the same Oath to protect and defend the Constitution?  Some of those councilmembers get downright "testy" at the mention of the word "Founders."

UPDATE:  After the 1/17 meeting, Councilmember Taylor received an overwhelming number of emails from constituents to moderate his votes on liquor licenses.  See Gilbert Councilman Taylor Backs off Liquor Stance.

As a practical matter, the vote of the Council on liquor licenses carries virtually no weight whatsoever.  They might as well vote on the sun coming up tomorrow!

Remember when Mayor Lewis spoke out passionately against liquor sampling at Sams Club at a Council meeting on 11/11/2010?   Sam’s Club simply went to the State Liquor Board and got approval.

Look at it this way.  Since approval of liquor licenses comes before the Council at virtually every regular meeting, those Councilmembers who oppose some of them serve to remind Gilbert citizens that excessive drinking destroys families and lives.

Ok, that’s not the way the agenda item reads.  It’s Agenda Item 19 Zoning Z12-21 to consider “…blah…blah….The effect of the amendment will be to permit with additional regulations a drive-thru use in the Heritage Village Center Zoning District.”

After all the public hearing comments, the Council voted 7-0 to approve the change.  Good.

The bottom line is, the Council voted to relax a zoning straitjacket to allow a good family business to situate on Gilbert Road in the "Heritage Village Center Zoning District."  They believe it will be successful and bring in tax dollars.  They also respected the property rights of the owners.  It was also noted that Dutch Brothers would be converting a lube shop into a coffee shop, bringing new life to the area.  Councilmember Cook stated that there is a Dutch Brothers at McQueen and Guadalupe. Since it opened a year ago, 4 more businesses have opened in the area.

Gilbert’s Redevelopment Commission voted 4-1 to approve.  The Planning Commission voted 6-1 to deny!  (Think about applying to be on this Commission the next time there’s an opening!)  They were concerned that the drive-through restaurant would be contrary to Gilbert’s long-held vision of a pedestrian-oriented downtown core. 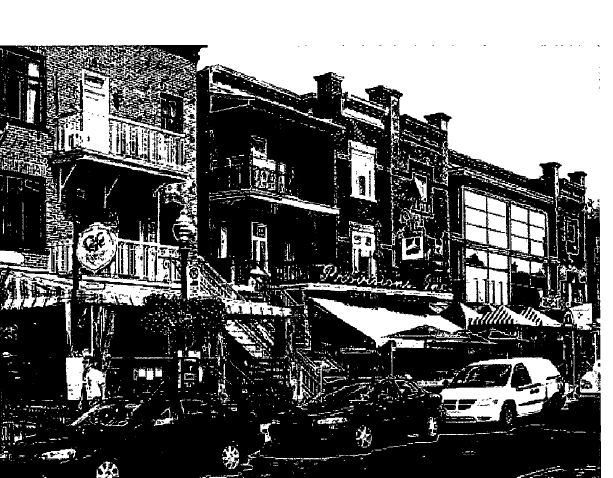 What’s interesting is some of the public comments “against” the change.

They make little sense, until you look at their underlying disdain for the property rights of others. Some of them complained that the Council would be “picking winners and losers.” No, they didn’t. The Council did NOT funnel tax dollars into Solyndra-Dutch Brothers. They merely loosened a zoning regulation, allowing Dutch Brothers the ability to do business.

The council asked town administrators to revisit that "Vision."  That discussion should start in the next month, according to Interim Planning Manager Linda Edwards.  Potential changes to the district boundaries could be a part of that discussion, she said.

Despite the hard-fought political victory, the proposed coffee shop does not have the green light to move forward just yet. Construction plans must first be reviewed by town staff, and the Planning Commission (!) will consider whether to grant the business a use permit, interim Planning Manager Linda Edwards said.

Exterior changes to the structure are considered minor, and Edwards said she does not see “any major issues” that might prevent the project from winning approval.

THE UNIONS EAT UP STAFF TIME FOR ANOTHER YEAR

I was hoping there would be enough votes to cut Police and Fire personnel off the Unions’ apron strings, but it looks like the Unions will be holding their hands for another year at least.  Does it seem odd that the men and women who leap tall buldings in a single bound, arrest bad guys, and run into burning buildings the rest of us are running out of are incapable of talking to Gilbert Management about their wages and working conditions?

Three Council members:  Victor Petersen, Eddie Cook, and Jared Taylor thought it was time to say goodbye to the Unions.

Councilmember Petersen said the reasons for the meet and confer process didn’t exist any longer.

Councilmember Cook stated his respect for all public service employees. He supports a “One Team Culture,” which allows for all employees to communicate to any level of management. He also stated it was time for a change, and the recent Class and Compensation study wll identify any adjustments.  The Council is committed to this.

Councilmember Taylor stated his concern about the time involved in the collective bargaining process, and that compensation and communications are adequately addressed in the future.  He suggested allowing the MOU to expire.

Even though Fire Capt. Duggan stated that an additional year would be adequate to transition away from the need for the MOU, Councilmember Jenn Daniels believes the Unions  “need more time,” and she suggested 2 years.  She stated that it’s unfortunate how several unions have created a bad reputation for the others.

Union reputation isn’t the issue.  Councilmembers Taylor, Cook, and Petersen stated the issue:  Public employee unions are unnecessary, and they waste precious staff time that could be better used elsewhere.

The Council deemed SEIU to be unnecessary last year. So, it’s a guess as to how much time 8 of the Town’s highest paid employees will spend this year in negotiations. Here is the link to the 97-page document from last year:

Councilmember Ray expressed his appreciation to all public service employees.

Gilbert Watch’s opinion is that conservatives heartily support all of our public safety employees.  We treat them respectfully and consider them adults.  The need for public employee unions has passed.  If Town employees are getting a raw deal from management, then it’s time to replace management.  That is not the case in Gilbert. This Council and Town Manager Patrick Banger are committed to treating all employees fairly.

Gilbert Watch believes that the Council should have termed the MOU and obtained an immediate benefit for Gilbert citizens.  Here is Parker Leavitt’s glowing article about the Unions:  Gilbert Meet and Confer With Unions will Continue 1 more Year.

According to Budget Manager Dawn Irvine, the report is consistent with those of the last few months and revenues are consistently moving forward. She also noted that Police Sworn Officer vacancies are lower, and some additional computer purchases were made.

Here is the Link to the Budget Report for November 2012.