Stand for Children/Arizona has just endorsed 26 candidates for the Arizona Legislature in the Primary Election on August 30.  “Stand for Children Arizona does not take its endorsement process lightly.  These candidates have been fully vetted to make sure they currently agree with, and will stay true to a majority of Stand’s policies and educational priorities that we believe will bring the quickest results."

A review of Stand for Children/Arizona’s website indicates that this group proudly supports the entire Common Core agenda, aka Arizona’s College and Career Ready Standards, including AzMerit.

Stand is proud to have defeated a litany of anti-Common Core legislation, as well as other bills that parents have fought for, including the defeated SB1455.  This bill would have acknowledged that parents know more than the State about what’s best for their own children.  These parents wanted to opt their children out of the unvalidated, secretive AzMerit.  Stand would have none of it.  See "Top Legislative Results."

According to Stand’s website, they have "partnered" with Expect More in their legislative lobbying efforts.  Both groups are very well funded and include staff who are highly paid to lobby legislators on a regular basis.

In stark contrast to these highly paid lobbyists are unpaid, but very dedicated, parents, grandparents, and concerned citizens, many of whom are members of the "Mommy Lobby."  They are fighting very hard for "the best education possible for their children."  Others  helping them include groups with no or little money, such as Arizonans Against Common Core, Opt Out AZ!, and blogs such as Gilbert Watch and Gila Watch.

Whenever you see the term "School Choice" denigrated by special interest groups and some legislators, remember this:  Schools don’t choose the children they want in their schools.  Parents choose the schools that are best for their children.  This isn’t just a right; it’s every parent’s responsibility!

Take a look at Stand for Children/Arizona’s Endorsements.  Is your legislator on the list?  Chances are, he/she will do all possible to retain Common Core and force every child in Arizona to take AzMerit, or some other "high stakes" test that benefits educrats, publishing companies, test makers, and special interest groups….not students. 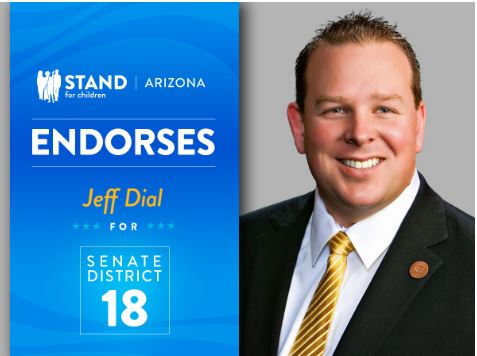 Lindblom and Lewis and their Questionable Endorsements