Lindblom’s website cites Protecting Individual Freedoms • Limited Government • Local Control • Education Advocate • Business Friendly.  Under the heading "Media", you will see several flyers, including one titled "Our Conservative Team for the State Legislature," which includes LaCinda Lewis as his team mate.  (See below.)

It’s hard to fathom why voters would believe that Lindblom and Lewis are conservatives.   Conservatives abide by the Republican platform.  They work very hard to stand up for and defend those principles.  RINO’s and Democrats don’t.  Why work hard when it’s easier to vote for something that sounds good.

Lindblom and Lewis have listed many endorsements they have received from local leaders.  Gilbert Watch took a look at some of those endorsements.

By far, the most troubling and the one that should be a red flag to conservatives comes from Senator Bob Worsley (LD25).  Not only has he strongly endorsed both Lindblom and Lewis, hosting at least one fund raiser for them (see invitation below), but he also, according to a recent Capitol Times article, "helped recruit both of them."

The first clue in the article titled "Moderates vs. Conservatives as Republicans Scramble in East Valley’s LD12," is the word "moderate" (code for RINO) used to describe Lindblom and Lewis.

"(Worsley) said he helped recruit Lindblom to run for the Senate, as well as Gilbert Republican LaCinda Lewis to run for the House. ‘We felt it’d be nice to have some folks in Gilbert in that particular legislative district that see the world a little more like we do in our party.’ Worsley said.”

A conservative would never “see the world a little more like Worsley does.”  So, let’s take a look at a sampling of Worsley’s voting patterns which reveal the world according to "pragmatic Republican" Bob Worsley.  Then, we’ll move on to some of those other Lindblom/Lewis endorsements:

Worsley was ranked a “Hero of Big Government” by Americans for Prosperity-Arizona (AFP) in 2013.  In fact, 3 Democrats got better scores than Worsley.

Also in 2013, his own LD25 voted to censure him, along with 14 other legislators and Governor Jan Brewer, for not abiding by the Republican Platform.

Worsley voted multiple times against local control and against parental authority regarding the education of their own children.  When you see the words "school choice," this really refers to the freedom of choice of parents to determine the best school for their children.  See Bob Worsley’s Anti-Parent Votes.

Worsley voted to protect sanctuary cities and to keep sending money to them.  See Worsley, Pierce, Driggs, Begay Protect Sanctuary Cities. Yet, at the federal level, the House, in a bi-partisan vote, passed a similar bill that would block funds to sanctuary cities.

In 2014, Worsley personally killed HB2586, a transparency bill that would have made economic development tax credits more transparent by requiring the Dept. of Revenue to annually report information on these tax credits.

Worsley’s website boasts AZVoices.gov under the heading “Transparency.”  Arizona Daily Independent published a great article about how egregiously misleading AZVoices.gov is.  "It is controlled by the Arizona Voices Institute, which is a 501(c)(3) non-profit and “non-partisan organization dedicated to increasing public participation in the legislative process.  The data gathered from users of the site developed by Mind Mixer, an Omaha, Neb.-based firm, includes users age, gender and legislative district.  Many are asking why does it matter if a voter is young or old or female or male? How does that help a representative?  The information is useful only in that it helps them sell their bad ideas. The demographics, used by any good marketer, will shape the narrative a lawmaker puts forth to sell voters on everything from higher taxes to loss of personal freedoms.  To be clear, despite the .gov domain name, AZVoices.Gov is not a government entity.”  See AZVoices.Gov is Not what it Appears to Be and Worsley’s Web: Sunday’s Comic

At least twice, Worsley has voted against our Second Amendment Rights: In 2015, he voted against HB2320, which would have allowed Concealed Carry permit holders to be armed in public places.  Thanks to Worsley’s vote, you can be assured that the only people with guns will be those who are intent upon murdering you.

Again in 2016, he voted against SB1257, an AzCDL-requested bill that would exempt CCW permit holders from being disarmed when entering public (state and local government controlled) buildings and property unless security measures (guards, metal detectors, etc.) are in place to screen every person entering for weapons.

What about the other Lindblom/Lewis endorsements?

Ben Cooper, Dave Crozier, Les Presmyk, and John Sentz endorsed Lewis.  They ranked a paltry "Not Bad" by AFP during one of their final years in office.

Ben Cooper, in 2015, who endorsed both Lindblom and Lewis, was ranked "Hero of Big Government."

Robin Benning endorsed Lindblom.  Benning is a Democrat. (see below) One wonders how many of the Lindblom/Lewis endorsements are Democrats.  There was a Facebook post that encouraged Democrats to vote for Lindblom and Lewis!   (See wording below.)

Judah Nativio, the “Political Chameleon” endorsed Lindblom.  He was a Democrat turned Republican. Nativio was the democratic opponent of Russell Pearce during the 2008 general election in LD18.  See Mesa’s Nativio calls self ‘pro-family’ Democrat.  One questions his sincerity, because he has spouted so much Democrat ideology.

Venessa Whitener, as a Higley school board member, isn’t rated by organizations like AFP.  However, Ms. Whitener has exhibited serious fiscal challenges during her tenure, and an inability to understand lease agreements, costing taxpayers millions of dollars.   See Higley’s $300 Million Debacle

Ms. Whitener also voted for a tax-supported Compressed Natural Gas (CNG) fueling station that would have competed directly with a privately-run CNG station less than five miles away, Clean n Green. Higley’s government-run station would cost the taxpayers far more than the $750k in grant money it might have been awarded, possibly as much as $2.3 million.  This was an example of government attempting to outsmart and compete with the free market.

Warren Petersen has been recognized as a proven top conservative in the state and endorsed by Conservatives and Conservative Organizations from the City, County and State Level including:

Times Are Changing in Gilbert, and Not for the Better 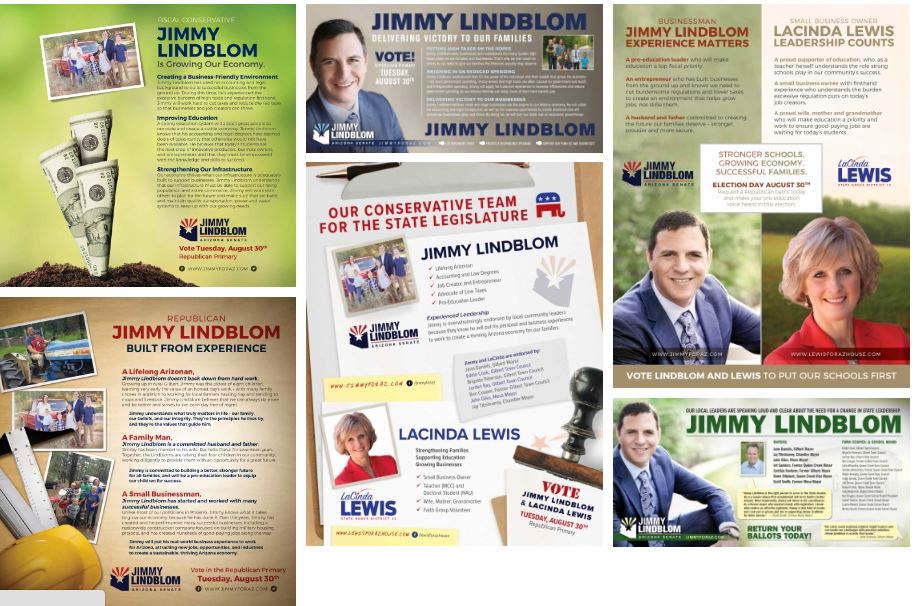 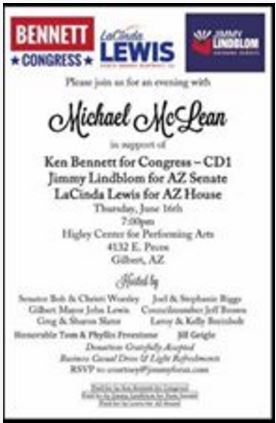 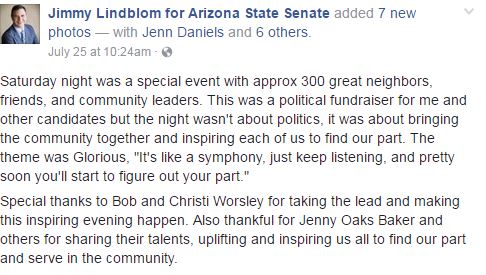 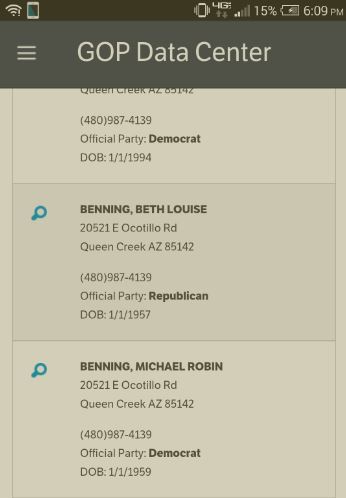